What Twitter's Character Update Will Mean for Medical Marketers 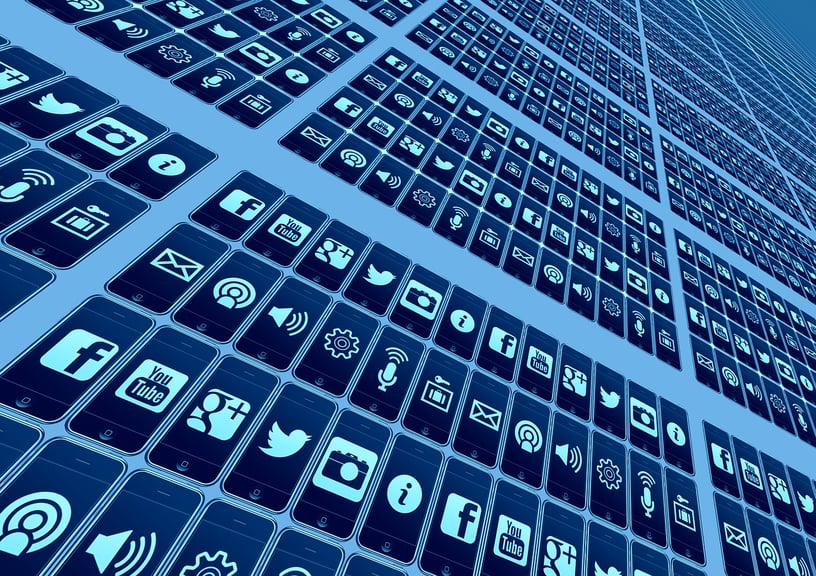 Twitter will likely expand its single-tweet character limit from 140 to 10,000. What impact will this have in the healthcare, Medical Device, and Bio/Pharma industries? How can marketers take advantage of the update in order to generate more leads and boost their businesses?

Twitter always seems to be in the news, usually because of some embarrassing celebrity mishap or viral gossip. This month, however, the news cycle is buzzing about the platform itself — it would appear that there are some huge changes looming on the horizon for the microblogging service.

According to Re/code, Twitter will likely increase its famous character limit from 140 to as high as 10,000 — a change that is being referred to on the site itself as #Twitter10K. While many users been very vocal about their concerns with the new limit, we’re more interested about what the impending update will mean for digital marketers within the healthcare and medical industries.

If the rumors are to be believed, Twitter 10K probably won’t have a significant impact on how the service’s timelines look, and will incorporate some kind of click-to-expand feature to keep feeds from becoming overloaded.

But while the expanded character limit could mean some digital strategy change-ups for hospitals and physicians, for whom Twitter is already an invaluable resource, they shouldn’t fret — Twitter 10K gives marketers a great deal to be excited about. Moreover, the update would be a huge win for Medical Device and Bio/Pharma marketers. Twitter’s 140 character limit has made it difficult for companies to spread their message while still managing to abide by the FDA’s strict guidelines for marketing via social media — the 10K expansion would enable the platform to become an invaluable tool for these industries.

A Win for SEO

One of the biggest knocks against Twitter’s current setup is that short, fragmented tweets are incredibly hard to track and analyze — especially (and most importantly) for Google. This means that no matter how many brilliantly-concocted tweets you send, few of them are likely to end up ranking in a Google search, which is far and away the most common method people use for finding things online.

However, longer posts afforded by 10K would show up on Google, which means that tweets could generate traffic in much the same way that your hospital’s or medical practice’s blog posts do — searchable by keyword, topic, relevancy, etc. Like any other digital marketing channel, once you post public information to your followers and the rest of Twitter, you’ll automatically be rewarded by Google.

Importantly, this will likely be a boon for paid ad strategies, because Twitter demographics will be easier to analyze, identify, and target.

Still, there are potential negative effects of such a shift. Currently, most Twitter link traffic is directed off-site to third-party landing pages. This is great for healthcare marketers seeking to drive traffic to blog posts, hospital event pages, and clinical trial sites because they can insert highly-visible links into their tweets and drive traffic to their sites with relative ease.

But with Twitter 10K, more content will be hosted on Twitter itself, which means that the number of patients linking to your site may decrease — this will also make it a bit harder to track how users are engaging with your content. While the service will likely roll out new analytics capabilities to address this issue, it could be troubling to medical professionals who use Twitter as a primary driver of traffic in their digital marketing strategies.

Why the Update Could Be a Game-Changer

However, the biggest upside — which may negate the traffic issue — is that Twitter-hosted traffic enables marketers to attract a much broader viewership and deliver them considerably more content value. As the FDA has noted, limited-character tweets make it hard to convey detailed and accurate medical information. Medium- and long-form Twitter content, however, would allow medical marketers to engage their audience in substantial, informative, and creative ways, without undermining the trust of their readers by being overly pushy about click-throughs.

In the healthcare industry, credibility and brand loyalty are key facets of effective patient attraction and retention. So while your current and prospective patients may not be linking through to your site quite as often, you’ll be able to expand your reach and connect with a larger segment of your target audience in a much more meaningful way. This will serve you well when it comes to positioning yourself as a trusted source for solutions to health-related problems, which means more digital interactions, warm leads, and ultimately, more patients through the doors of your facilities.

Beyond simply giving advertisers more space for their content, an expanded character limit would be a game-changer for medical device and pharmaceutical companies. FDA regulations prohibit advertising for medications or medical devices directly to consumers without mentioning potential side effects and risks — as such, Twitter’s relatively measly 140 character count has kept the platform more or less off limits for those particular industries. Twitter 10K would be a huge win for med-device and pharma marketers, as it would enable them to reach a huge new audience in a highly-targeted, highly-impactful way.

Despite the fact that the update is not yet officially confirmed (we’ll call it 99% confirmed), we’re cautiously optimistic that it will have a huge impact on the medical marketing communities, and that the benefits will definitely outweigh the potential drawbacks.