This week, Google rolled out some significant changes to its AdWords platform. Medical marketers in particular will want to respond to this update by diversifying their efforts in order to effectively engage their intended audiences.

Google is turning heads as it aims to turn a larger profit. The team behind AdWords unveiled significant changes this week that will affect companies and industries around the world — the shift breaks the SEO mold by moving away from two long-time search engine feature mainstays. Even before the dust settles, the question on everyone’s mind is, how exactly will this changeup impact the ad search landscape?

While the marketing world has been on the edge of its seat (or more accurately, jumping and shouting) for updates about what these changes will mean, medical marketers shouldn’t panic  just yet — but they should be paying very, very close attention.

The Short of It

The first principle Adwords change is the elimination of almost all ads on the right hand window of desktop search engine results pages (SERPs) with two exceptions, which we’ll get to later. The second is that Google has increased the number of ads above organic search results from three to four — but only for “highly commercial queries,” according to Search Engine Land.

Google says that such commercial queries include ones like “car insurance” or “hotels in New York City” — in other words, those that demonstrate an intent to buy. It remains to be seen exactly which medical queries will qualify, but the inclusion of searches like “asthma treatment” and “hearing aids,” for example, already reflect the changes. 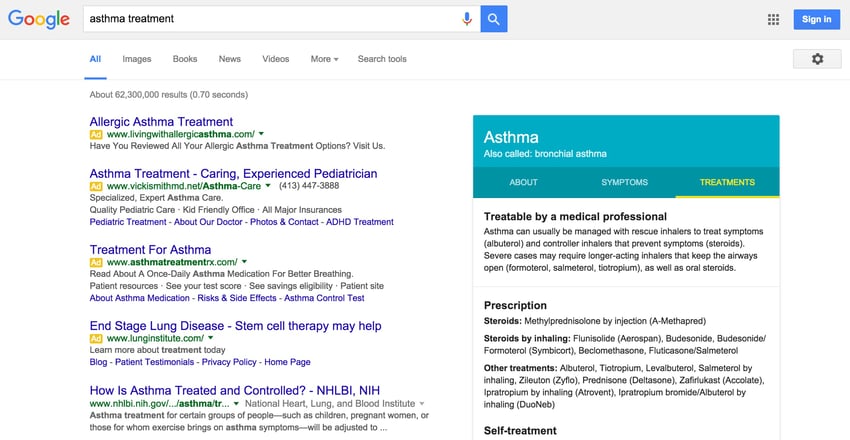 The two exceptions to Google’s elimination of sidebar ads are right sidebar desktop results for Product Listing Ads (PLAs), which feature specific product pictures and descriptions, and Knowledge Panel ads, which showcase relevant search information and local listings. Both will be unaffected by the update, which is good news for medical device marketers, local hospitals, and physicians, as their product ads and/or local search information will still show up above the fold. 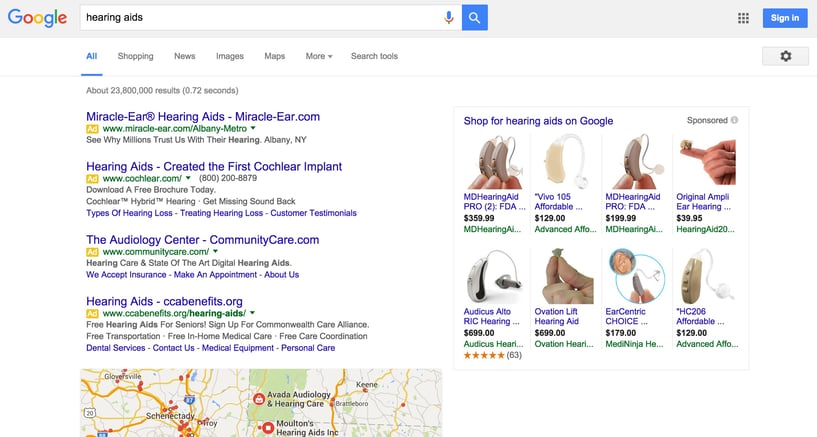 Above all, these changes seem to be consistent with Google’s push to make its desktop search results more similar to its mobile display (though Google shows two to three top ads on mobile).

This shakeup will mostly likely create two tiers of paid search engine marketing (SEM) campaigns: expensive, but highly-effective top-of-page ads (which are overwhelmingly preferred by users) and relatively cheaper, lower-impact ad links at the bottom of the search results page, according to the media image.

While advertisers gain one additional top-of-fold ad for commercial searches, the total number of first-page ads has been reduced from 11 to a maximum of seven, observes the SEM Post. Stiff competition for this limited marketing space will probably mean a higher cost-per-click (CPC) rates for AdWords campaigns.

Google may very well have determined right-side ads to be ineffective in the first place, which, with more top spot ads, could make their removal a non-factor for top-of-page ad cost. Search Engine Land reports that CPC rates have indeed remained unchanged, at least for now — we’re not totally convinced.

But for those who can capture top spots, both paid and unpaid, the rewards will be massive.

Diversity Will Be Key 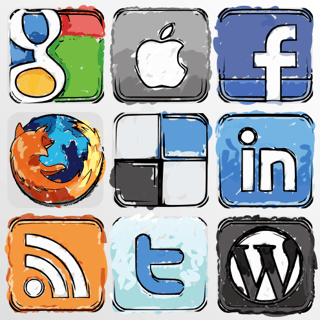 In light of this increased competition, running a smart, well-placed campaign will be more critical than ever for medical marketers — once-dependable Google ads may now not guarantee results. As such, marketers must be sure to diversify their online efforts, extending well-managed paid advertisements across multiple channels.

Paid social ads, particularly on Facebook, will be increasingly central for online medical outreach. And, of course, SEM and SEO campaigns will need to be seeded more deliberately than ever.

While we’re not quite ready to make any final judgements on Google’s AdWords update, what does seem certain is that medical marketers will need to adapt and evolve to stay on top of the game.