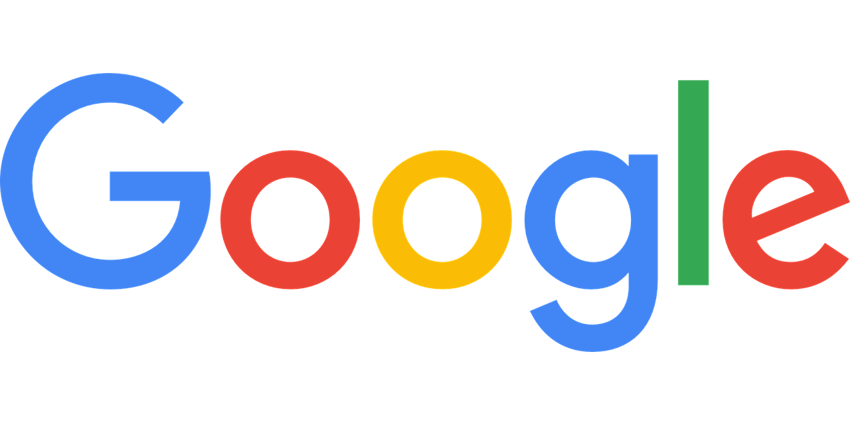 While the rest of the internet may be up in arms about Google’s recent decision to remove right rail ads, I’m celebrating it. Here’s why.

Google has recently made a big change to Adwords: right rail ads have disappeared (save for PLAs and the Knowledge Graph), and there’s now an additional fourth spot above search results for “highly commercial” searches, according to SEM Post. Both for those of us in the healthcare and medical industries and for marketers in general, this is exciting news. For many commentators, however, it’s being interpreted as a death sentence.

The response from top industry players has essentially boiled down to a few key predictions: CPCs will go up, bidding wars for ad space will escalate, organic traffic will be crushed below the fold, and search marketers are doomed to all sorts of general fire and brimstone forever.

It’s fine to make predictions — any kind of conversation on major industry news is healthy. But I am struck by how generally off-base and defeatist the assessments being made today really are. Of course there will be losers with every paradigm shift, but if you’re a serious digital marketer, you (or your clients) won’t be one of them.

So, to clear the air, I’m offering what I hope is a more clear-eyed perspective on what’s really happening with Google’s update. The truth is that we have plenty to cheer about — if you’re already established in the space, this could actually be an incredible opportunity for you to get ahead.

A better user experience is always a boon to astute search marketers in the long run. The right rail ad space was cluttered and distracting. I predict that the “eye path” of most users will now be squarely focused on the major paid ad positions — which is exactly what we want. If you’re consistently in the first or second spot (which is where we put in the work to be), this puts an even larger customer spotlight on your page.

Getting rid of the right rail gets rid of the noise — you know, those guys who had been camping out in the 4-10 spot position on the right rail and bottom of the page, bidding on keywords like “facelift” or “lipo” to sell exotic creams and/or Spanx. They won’t be able to take attention away from the truly relevant results anymore because the cheap real estate on the right side of the page no longer exists. They’ll either have to make a successful push for the top spots, or fall off the face of the web page entirely.

And given the statistics, it’s unlikely that the former possibility is ever going to happen. Larry Kim in Search Engine Land found that ads on both the side and bottom of the page amount to a mere 14.6% of total clicks. 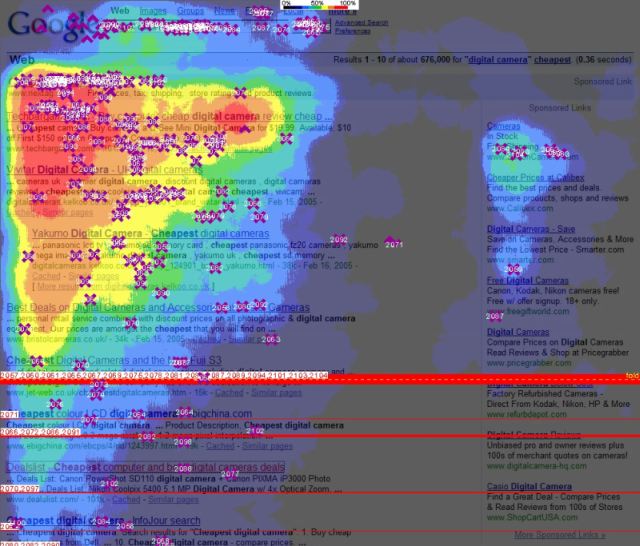 With such poor performance, it’s very likely that these links were only created to siphon away clicks for more relevant results.

The disappearance of these ads from Google lets the users find what they want, and only what they want. No one is going to miss your company because they decided, “hmm… maybe I’ll just buy some Spanx instead.”

3-4 Spot Segmentation Is a Huge Opportunity

There’s now a newly viable 3-4 spot “position-combination” for “non-core terms.” Previously, the fourth position was utterly pointless — most of our clients with strong budgets end up in the 1-2 spots anyway to maximize results, and those with limited budgets (say, less than 60% impression share), usually wind up in the very legitimate 2-3 spots.

But with the improved desktop UI, the fourth position is now much more noticeable — which, in turn, makes the third spot all the more compelling. 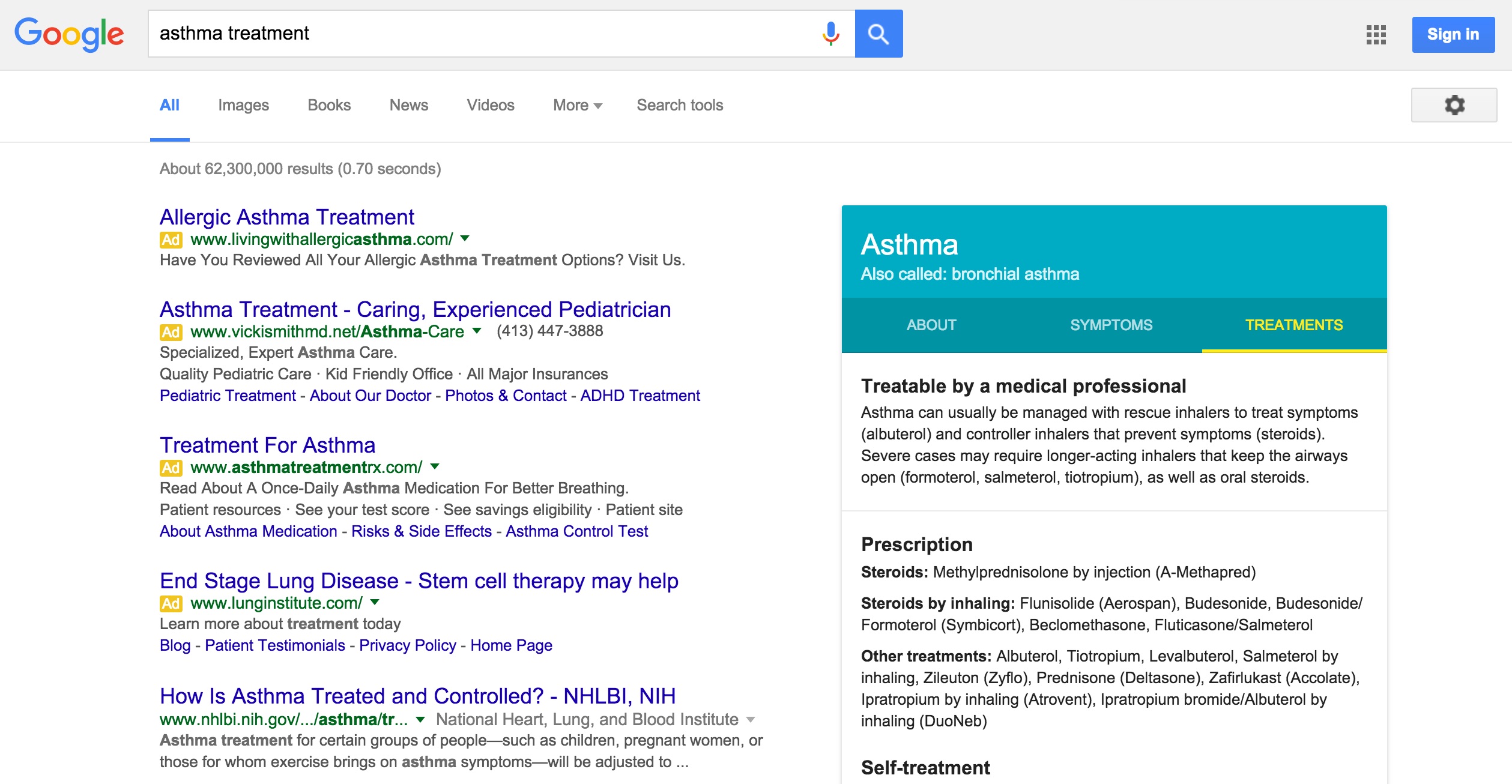 With no ad-clutter in the right hand rail, all four top ads look like seriously legitimate options for the user. We’re not suggesting you start bidding for fringe keywords, but for some lower-priority ad groups using non-core terms, the 3-4 position will likely become an economical place to drive traffic, whereas before the 2-3 space would have been too cost-prohibitive.

A 2015 eye-tracking study illustrates my point perfectly — without the distraction and clutter of the right rail, user attention is driven down the page more effectively, making these 3-4 positions much more impactful than before. 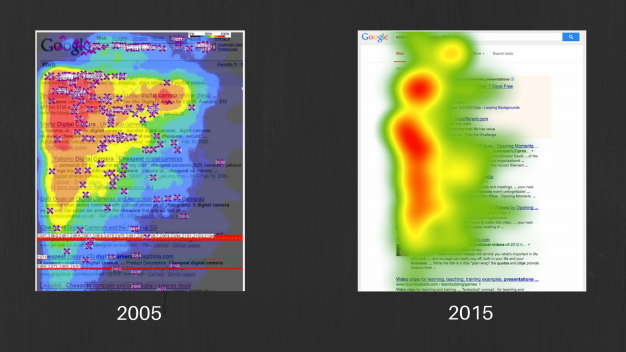 For well-segmented campaigns run by Professional Digital Marketers, I see plenty of opportunity.

The real carnage will come for those small retailers who could only legitimately compete at the 4,5,6, and 7 positions. Sorry, guys.

Why could they exist in that space in the first place? Because some people will shop around endlessly to get $7 off a $700 TV, clicking to find shipping for $4.99 versus $8.99. They’re going to get the crust of the adspace sandwich because they won’t be able to compete with the Amazons, Targets, Best Buys, and other larger “e-Tailers” for top ad spots.

Fortunately, medical and cosmetic fields just don’t have the kind of depth that retail does. There are hundreds of mortgage providers and thousands of TV sellers who can all provide a great product, and they have to compete in search placement bidding wars to survive within their own industries.

In medical PPC, you won’t find a depth of companies looking to “step up” and create a bidding war. If that happens, there will be ways to combat it. But I don’t predict a price-pocalypse, and the initial data supports that notion.

Organic Traffic Suffers IF You’re Not Ranked at Least #2

On desktop, if your results are generally in the third position or worse, your organic listings will be dumped below fold — and if Google displays a map, even first and second listings will get the boot. 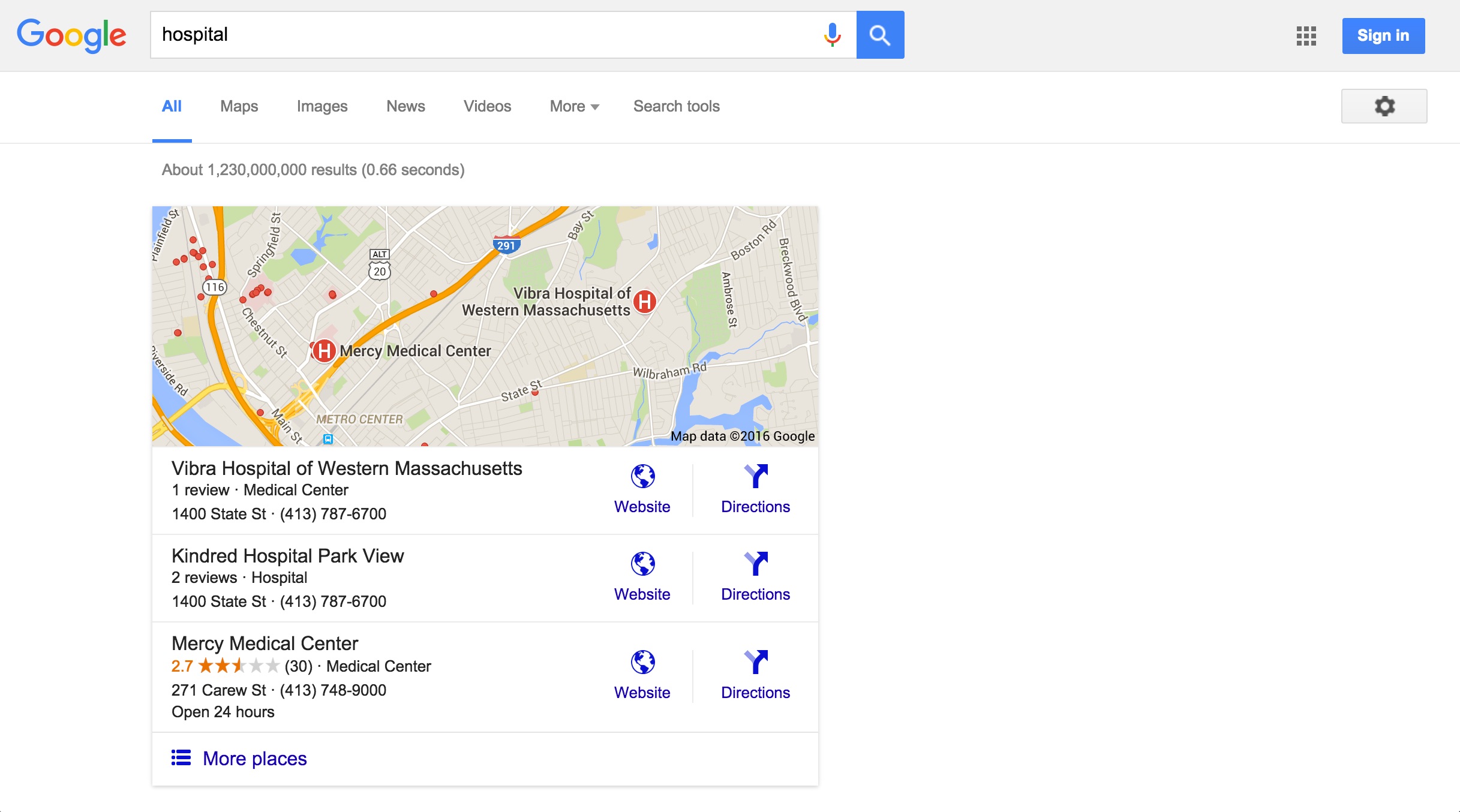 But while this push downwards may affect your immediate visibility, there will still be large numbers of users who trust organic listings over ads. As long as you’re on the first page of results, traffic will come — those users who don’t click on PPC ads will simply scroll.  Let’s be real: the world wide web is over 20 years old — people online know how to scroll.

So, to summarize what we’ve learned thus far:

The nice thing about these points is that they’re testable. In a few week’s time, we’ll have some good data, and in a month there will be even more. When we see the results, we’ll be able to react appropriately, responding to trends as they unfold. So far, we see a 0% week-over-week impact.

About a week after the update, Mat Lawson, the Director of Performance Ads Marketing for Google, has wrote an article for Search Engine Land, effectively backing me on my position. “Over time, we’ve found that text ads on the right rail were simply less useful than we’d hoped,” he says. “Ultimately, we are making this update to improve the user experience on Google Search and to make that experience consistent across desktop, tablet and mobile. In fact, the majority of our searches happen on mobile these days, which has no right-hand-side ads.”

Lawson goes on to explain that because AdWords is an auction, there’s really no way to predict the impact of the change with 100% accuracy. “But,” he says, “based on all of our experiments and the early returns from this launch, there have been no appreciable changes to costs-per-click in aggregate.”

“Other people have also analyzed this in great detail and concluded that the vast majority of PPC advertisers are better off. That was the intent of this change — more useful results without being disruptive to advertiser performance.”

Of course, change takes time, and by no means am I downplaying the substantial impact the shake up of prime internet real estate will surely create. But, as professionals, we’ll watch these developments carefully. And for now, I’m glad to see the right rail go. Good riddance.

Ben Joslin, VP, Online Marketing with MD Connect, Inc, has more than 20 years of senior level strategic marketing, and general management experience, with over a decade of customer acquisition and lead generation via online media. Joslin is the Founder of Life123.com, a popular how-to website and brand owned and operated by Ask.com, a division of InterActiveCorp. (Nasdaq: IACI). While at Life123.com, Joslin presided over the site’s initial conceptual development, and rapid growth to over 2 million visits per month.