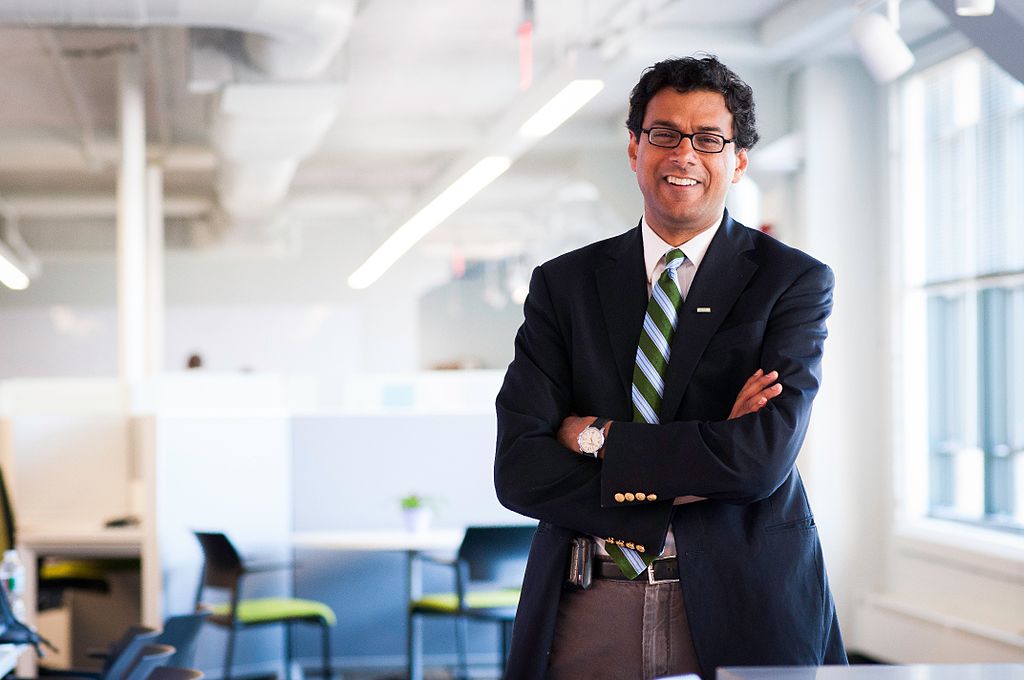 Gawande has the potential to transform the healthcare industry with his focus on standardization and patient-centricity.

In January, Amazon’s Jeff Bezos, Berkshire Hathaway’s Warren Buffett, and JPMorgan’s Jamie Dimon announced that their companies would come together to create a new healthcare solution for their combined 840,000 employees. Their goal is to bring down rising healthcare costs for their workers and companies.

This new venture has the potential to revolutionize the healthcare landscape by creating a model to lower costs and increase quality of service. The companies recently announced that this initiative will be lead by respected surgeon and writer, Dr. Atul Gawande. As CEO, he has the opportunity to enact lasting change by improving safety and standardization in healthcare.

A History of Innovation

Gawande practices endocrine and general surgery at Brigham and Women’s Hospital and is a professor at the Harvard T.H. Chan School of Public Health and Harvard Medical School. He has written several New York Times best sellers and is a staff writer for the New Yorker. Much of his research has focused on ways to increase safety measures in surgery.

Of Gawande’s appointment, Buffett said, “Jamie, Jeff, and I are confident that we have found in Atul the leader who will get this important job done.”

"I have devoted my public health career to working with colleagues to build scalable solutions for better health care delivery in the US and across the world," Gawande said in a statement. "Now, I have the support of these remarkable organizations to pursue this mission for their employees and families in ways that incubate better models of care for all."

In the past, Gawande has criticized the fee-for-service system in healthcare, arguing that this encourages clinicians to provide more care and at times over treat patients. Instead, he believes that healthcare professionals should focus on the patient’s overall outcome by increasing prevention and quality of care.

In Gawande’s book, The Checklist Manifesto, he proposes that doctors and surgeons should use a standardized checklist to avoid errors in treatment. His model has had a wide-reaching impact, and the World Health Organization adopted the checklist as a standard of care in 2008. A 2009 study by the New England Journal of Medicine reported that this checklist reduced mortality rates and complications after non-cardiac surgeries in eight hospitals around the world.

In his most recent book, Being Mortal, Gawande discusses how providers often over treat patients as they approach the end of their lives. He says that doctors are dispensing the “medical equivalent of lottery tickets,” and patients are not prepared for the fact that in all likelihood, their tickets will not win. Gawande argues that the medical community needs to reexamine end-of-life care so that patients aren’t given unnecessary treatments that provide false hope.

How Will This Impact the Healthcare Community?

“Reinventing medical care could produce hundreds of innovations,” Gawande wrote in a 2012 New Yorker article. “Some may be as simple as giving patients greater e-mail and online support from their clinicians, which would enable timelier advice and reduce the need for emergency-room visits.”

As the new healthcare venture takes shape, experts are predicting the development of new digital apps or a cloud-based interface built by Amazon. Gawande’s past criticism of cold and inefficiently-run hospitals also suggests that the company will take a decidedly patient-centric approach.

It’s also interesting to note that Gawande has limited administrative experience; his career has focused primarily on improving healthcare policy and communication. He may be unfamiliar with navigating insurance bureaucracy, but he is also poised to make major changes to the current healthcare system, perhaps addressing some of its most pressing concerns.

Gawande’s restructuring of modern healthcare is likely to face some obstacles, however. The medical industry is generally slow to adopt new policies or technology, which means that any innovation will likely take years to reach the rest of the market. In addition, conservatives’ recent opposition to certain aspects of the Affordable Care Act (ACA) indicates that they will likely reject the strong public oversight that Gawande supports.

Despite the challenges Gawande will face, his appointment will certainly shape how this group of private companies plans to tackle healthcare. With the support of Amazon, Berkshire Hathaway, and JPMorgan, this new venture has the potential to create change for the companies’ over 800,000 employees, as well as the American public at large.