Healthcare Marketing and the Millennials

While bountiful buzz surrounds the aging Baby Boomer population and its impact on the country’s healthcare system, another generation is poised to make an equal or greater impact. If you’re not factoring in the Millennials when devising your long-term healthcare marketing strategies, you're missing out on a major opportunity to make critical inroads with this powerful demographic. 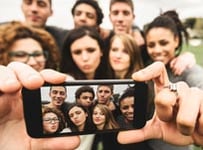 The Baby Boomers have long claimed the title of largest generation in the country’s history. Until the Millennials, that is. As of 2013, the 75 million Millennials born between 1981 and 1997 represented a full third of the U.S. population. According to the Pew Research Center, they are expected to claim the title of the country’s “largest living generation” some time in 2015.

So who are the Millennials? In addition to being the nation's largest generation, they are also the most diverse and the most educated. A Pew study further determined the following characteristics of Millennials: they are connected by social media, detached from politics and religions, pessimistic about money, and indifferent about marriage. They came of age during the recession and -- like the generations that came before them -- have been uniquely shaped by their experiences. In turn, they are expected to shape the future of the country...and its healthcare system.

What Millennials Want From Health Care

You may be thinking to yourself: All of this is interesting, but how does it pertain to healthcare? Significantly, as it turns out.

As witnesses to the ongoing healthcare coverage and cost struggles of their senior parents and grandparents, Millennials strongly believe that the system is flawed; accordingly, they are keenly aware that it is not the system of care they want for themselves.

Millennials are the country’s first “digital natives." In other words, they are the only generation so far which has not had to adapt to new technologies. This means that they are not only used to getting what they want when they want it, but they are also used to getting it for themselves through a wide number of channels. So while Millennials are wary of traditional healthcare advertising, they are ready and willing to procure their own information via social networking, rating websites, and word of mouth referrals in order to make healthcare-related decisions.

In short, information and technology are vital to the Millennial healthcare experience, and the best marketing strategies will incorporate both via practices ranging from mobile optimization to online reputation management.

While Millennials are acknowledged for their diversity, their collective attitude on healthcare rings loud and clear. And with the White House-led certainty that the Millennials are the key to the country's future, the most innovative healthcare organizations will quickly evolve to align their marketing strategies with the demands of this new and important breed of consumer.